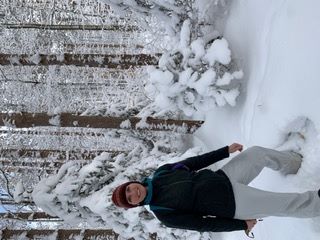 Her time spent at OCC started her journey to her second career as a PTA at Goldwyn &Boyland.  Before this she was a certified athletic trainer who earned her Bachelors of Science in education at SUNY Cortland.  She carried out a graduate assistantship at Cornell University for two years while getting her master's degree in Sports Medicine from Ithaca College in 1995.   During her two-year assistantship at Cornell she worked with the women's soccer and gymnastics teams.

Susan began her professional career in 1995 working for Sports Physical Therapy of New York in Syracuse as a certified athletic trainer in both clinical and high school settings.  While in Syracuse, she had the opportunity to work with area high school teams in a variety of sports including wrestling, football, hockey, and lacrosse.  She enjoyed the responsibilities that came with the split between outpatient rehabilitation in the clinic and sports medicine coverage in high schools.

After becoming a mother of two, Susan decided to place her focus on raising her young children.  When her children became school aged, she returned to school at Onondaga Community College.  OCC gave her the ability to begin her second career at Goldwyn & Boyland.  Even though the journey was long, it has given her the opportunity to change the lives of so many from all ages and ability levels.

Susan spends her free time enjoying her family's company, cycling and hiking with her husband, and gardening during the short summer months. It also brings her joy to use her abilities to strengthen the local citizens in her Strength and Balance class at St. Leo's Church in Tully.

contact information
There is a sense of encouragement and hope once you step through the doors of Goldwyn and Boyland Physical Therapy.

our pledge to you
Each one of our caring, highly trained professionals will work with you to provide hands-on, functionally based interventions to help you return to living a full, strong, and comfortable life.
© 2017 by Goldwyn & Boyland P.T. All rights reserved.
To Top
Admin Login